About The Management Team 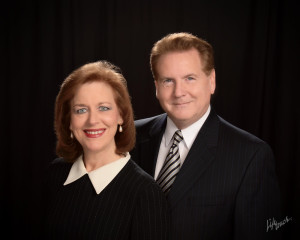 Victoria Atwater and Bruce Reed combine a wealth of individual and collective performing experience to represent their artists. Having genuine respect, knowledge and understanding about the classical vocal world, this team is in excellent position to assess their artists and provide proper direction and guidance for success.

BRUCE REED, one of America’s eminent tenors, made his impressive debut with the New York City Opera as Camille de Rosillon opposite Beverly Sills in The Merry Widow. He then became a leading tenor mainstay with the company for the next eight seasons. Mr. Reed has appeared with the Lyric Opera of Chicago, San Diego Opera, the Opera Companies of Philadelphia and Boston, Florida Grand Opera, Pittsburgh Opera, Glimmerglass Opera, Canadian Opera, Zurich Opera, Spoleto Festival (Italy and U.S.) and many others through the U.S. and Europe. Mr. Reed was also leading tenor at the Landestheater Linz in Austria for four consecutive seasons.

Favored roles include Eisenstein in Die Fledermaus, Tonio in Daughter of the Regiment, Count Almaviva in The Barber of Seville, and more recently, Mario Cavaradossi in Tosca, Turiddu in Cavalleria Rusticana and Canio in I Pagliacci. The tenor has soloed with the Korean, Kunming (China), Syracuse, Savannah, Valdosta, Ocala, Monterey, New Haven, Johnstown, Duluth Superior and South Bend Symphonies, as well as with the Buffalo, Rochester, Evansville, Dayton and Florida Philharmonic Orchestras; the Key West, Boca and Ocean City Pops Orchestras—under such notable batons as Julius Rudel, Christian Badea, Peter Nero and Reinhard Peters. Mr. Reed is a native of Clifton Springs, New York, and received his training from the New England Conservatory and later from the Tri-Cities Opera.

Atwater and Reed are available for artist management auditions as well as one-on-one consultations focusing on career development in all forms and guises.  Also effective and valuable are their lecture presentations and master classes, which may be tailored in any variety of ways for targeted needs and special interests – ranging from audition wear, repertoire and presentation to professional promo packages, focused career development and artistic guidance.  The team enjoyed recent success working with vocal performance majors at Binghamton University in various lecture and master class scenarios, also previously with Foothills Opera Experience at Hartwick College. Internationally, the team has been praised and repeatedly engaged for master classes at reputable music conservatories in Thailand and throughout China, including Southwest Normal University in Changqing.