Soon to begin his 18th season as Artistic Director of Brooklyn Chamber Orchestra, Maestro Nuzzo with his varied repertoire and easy manner along with his outstanding BCO, have bought classical music back to Brooklyn, which had been missing for over a decade. He has led the orchestra in almost 100 concerts, in such diverse programming as the American debut of the opera All Quiet on the Western Front and Arnold Schoenberg’s The Book of the Hanging Gardens to such varied works as the Berg Violin Concerto, Puccini’s Turandot and Debussy’s L’Enfant Prodigue. Notably, Maestro Nuzzo and the BCO received critical acclaim for their performances of the music of Dmitri Shostakovich.

His world premiere recording with BCO of the Oneness violin concerto by Deon Price and released on Cambria Records, was singled out by the Grammy nominating committee for both the unique work and outstanding performance.

International engagements have included concerts with the Venice Chamber Orchestra, Vienna’s Kunstler Ensemble, the Orchestera P.I. Tchaikvosky, which opened the 16th annual Irno Festival, and the Plovdiv Chamber Orchestra in Bulgaria as part of the European Capital of Music 2019. In Italy, Maestro Nuzzo has led the Venice Chamber Orchestra, Tuscany’s Scarlatti Orchestra, Naples’ Orchestra Filarmonica Campana and Avellino’s Zenith 2000 Ensemble. In July 2014, Maestro Nuzzo led a celebrated performance of the Mahler Fourth Symphony with the Kunstler Ensemble in Vienna on the anniversary of Mahler’s birth.

Along with his duties with the BCO this season, Maestro Nuzzo’s international engagements include a return to Vienna and Venice.  Most recently, Maestro Nuzzo creatively intermingled select members of the Brooklyn Chamber Orchestra with select Viennese musicians to present an auspicious concert at the prestigious Glasser Saal Musikverein.  The varied program consisting of selections by Wagner, Mozart, Beethoven, Schubert and Haydn evoked enthusiastic response and acclaim.

GROWING UP ITALIAN IN BROOKLYN 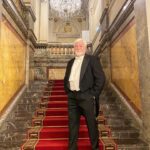 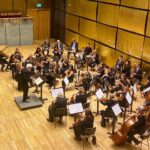